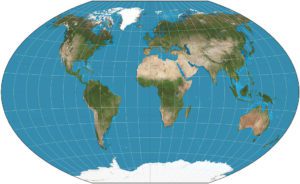 A new drone market research report makes the largest and boldest prediction yet for the drone industry, which the report predicts will exceed $50 billion in the next 7 years.  Researchers expect that North America will lead the market this year.

“The North American region is estimated to lead the UAV market in 2018,” say researchers. “The US and Canada are key countries considered for market analysis in this region. Increase in defense

expenditures of the US and Canada and the presence of major UAV manufacturers in North America are key factors contributing to the growth of the UAV market in this region.”

It can be difficult to gauge the accuracy of drone market forecasts, partly because the forecasts vary dramatically in what sectors or elements of the industry they measure.  This report, produced by Research and Markets, measures the market for UAVs by segment.  While comprehensive, it does not include the market in sensors, software, and platforms that also add to the economic potential of the industry.

The current market, which includes military UAV, is estimated at $20.71 billion.  This report estimates CAGR of 14.15% from 2018 to 2025.  “… increasing use of UAVs in commercial and military applications is one of the most significant factors projected to drive the growth of the UAV market,” says the report. “…Exemptions made by the Federal Aviation Administration (FAA) to allow the use of UAVs in several industries are also contributing to the growth of the UAV market.”

While North America is named as the current leader, “The European and Latin American regions are expected to be the new revenue-generating markets for unmanned aerial vehicles,” says the report.

The report says that the military market will remain the largest segment in 2018, and that fixed-wing UAVs will take the top spot when measured by type.